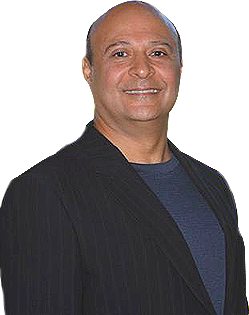 With over two decades of experience in high-technology software and systems, telecommunications, data communications and information systems, Michael Mansouri has a proven track record and is known as a seasoned and successful executive, a prudent corporate leader, a respected industry player and a savvy global technology investor.

And his broad executive capabilities have enabled him to raise millions of dollars in capital, build sales channels, scale companies to profitability, prepare enterprises for public offering, create strategic alliances, prosper in the world of M&A, manage complex sales for both services and turnkey solutions, launch new service initiatives, and attract and retain the best and brightest industry talent.

Educated at Utah State, George Washington University, and MIT’s Sloan School of Management in corporate strategy, Mansouri is currently chairman of Avalon Technology, a leading provider of full lifecycle single-source mobile computing and communications solutions. He is also chairman of MGI1, which provides a solution that meets the needs of Web sites and users for stronger security and authentication.

In addition, Mansouri runs a private global technology investment fund, has a significant partnership with Nomura Research Institute in Japan, and sits on the boards of several up-and-coming technology companies.

Building the Communications Industry and Its Infrastructure

Mansouri began his career at Sprint International, where he held a host of senior management positions over a 10-year period.

He then moved to American Communications Services Inc. (ACSI) as executive vice president and general manager for advanced data services. During his tenure at ACSI, Mansouri helped raise $170 million to build the publicly held integrated communications provider of voice, data and local services from the ground up.

Switching to Intermedia Communications, Mansouri was responsible for the development of enhanced data services and lead the effort to acquire Digex for approximately $100 million. In 1998, he became COO of broadband services at Teleglobe Business Solutions.

Between 1999 and 2001, Mansouri served as chairman, president and CEO of iPass Inc., a premier provider of global remote access services.

During these two and half years, Mansouri grew the company from nearly $2 million in revenues to more than $50 million.

Under Mansouri’s leadership, iPass moved into a leadership position with over 850 ISP and carrier customers and over 700 global multinational corporate customers. Mansouri started the Asian, Australian and European operations and increased the staff from 45 to 280 globally. He also grew the number of iPass resellers to over 850 worldwide and launched the direct sales channel in the U.S. Finally, Mansouri tripled the company’s remote access network coverage to 150 countries and 14,000 access points by integrating nearly 180 networks.

As a result, iPass was selected by Computerworld magazine as one of the “Top 100 Emerging Companies to Watch in 2002.” In 2003, iPass completed one of the most successful IPOs of the year.

But in addition to dollars and accolades, iPass represented several key technology firsts. The company’s service initiative with Cisco Systems in 2000, for example, created the industry’s first global broadband roaming offering in Internet hot spots such as airports, hotels and convention centers. The relationship with Cisco and broadband network providers was a driving force behind the iPass successful IPO.

Operating Seamlessly Around the World

Mansouri joined OmniTrust Security Systems, a leading provider of IT content security software, as president and CEO in 2002.

Under his stewardship, OmniTrust was selected by Nomura Research Institute (NRI) – one of Japan’s largest system integrators – as exclusive security-solution provider. This helped position OmniTrust as the recognized technology leader for privacy and information security in Japan and Korea.

Mansouri transitioned OmniTrust from the R&D stage to a full P&L, signing over 70 resellers and service providers in North America and Asia.

And prior to selling OmniTrust to Heisei Denden of Japan in 2005, he raised $7 million in Series B financing from investors such as Mitsui Sumitomo Insurance, Nomura Research Institute, Walden International, Global Catalyst Partners and Lucent Venture Partners.

The Future Is Now

At Avalon, Mansouri is currently guiding the company through its next high-growth phase and expanding its mobile and security practices into key market segments worldwide.

Avalon has an established base of business in the U.S. in government and commercial markets. With $24 million in projected 2009 revenues, the company recently received the GSA FSSI Wireless Telecommunications Expense Management (TEM) contract to streamline the procurement and management of wireless devices and services used by the Federal Government. Avalon also won a State of Virginia contract to provide TEM audit services to 299 agencies in the Commonwealth.

At MGI1, Mansouri is rolling out SecuSURF, a well-received solution developed by NRI of Japan that allows users to generate a one-time password for logging into Web sites by using their mobile phones. One-time passwords reduce the risk of compromised passwords because each password can only be used once. The password is discarded and never used again after it has been accessed. Users don’t need to remember what the password is because they use their mobile phones to retrieve a new password each time.